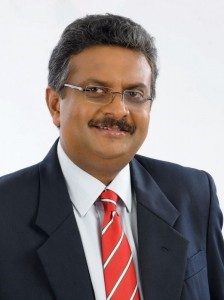 As I assume duties as Vice Chancellor, University of Sri Jayewardenepura for a second term I wish to rededicate myself to its vision, prosper lives through education and its mission, develop globally competent citizens through our education for a sustainable future, drawing inspirations from our cultural heritage and wisdom, emanating from its age old motto Vijja Uppattham Setta, Among all that arise, knowledge is the greatest.

University of Sri Jayewardenepura is one of the foremost national universities, located in the administrative capital of Sri Lanka.  It is built on Buddhist traditions and values that can be traced to its origins, the Vidyodaya Pirivena (seat of oriental learning) and later the Vidyodaya University, nurtured by erudite scholar monks of the calibre of Most Venerable Hikkaduwe Sri Sumangala and Welivitiye Soratha Theros. As such, we are bound by the ideals of tolerance, equality and fair-play and we are committed to develop holistic graduates who would be always attempt to strike a balance among profits (material wellbeing), people (welfare of others) and the planet (sustainability of nature).

I am pleased to reminisce that during my first term as Vice Chancellor several initiatives were taken to realize this goal which will be further strengthened, while engaging in a few new endeavors in the years to come.

In an increasingly globalizing, borderless world new frontiers of education led by technology base studies are emerging with its fair share ramifications in developing countries such as ours. This is evident by the new fields of education that have been introduced into the national curricula at pre-university level. As our response to this the university commenced  two new Faculties of Study, Engineering (established in late 2015) and Technology (established in early 2016) were added to its existing cluster of five (Faculties of Humanities and Social Sciences, Management Studies and Commerce, Applied Sciences, Medicine and Graduate Studies).  State-of-the-art building complexes costing SLR 10 billion will come up shortly in Kottawa and Pitipana to house the new Faculties with the funding coming from the Asian Development Bank.  This will be the precursor to similar future initiatives.

In the meanwhile, the university is under the scrutiny of an extensive audit to ensure that academic activities, systems and processes are in alignment with the nationally and globally accepted standards which will have positive implications on it relative standing against higher educational institutions, here and overseas.

The well-being of our motherland depends largely on home-grown research that is of relevance to people and organizations. As a response to this urgent national need an ambitious research promotion project was launched during my first term in office. It involved setting up of a Research Council with a fund-base of SLR 400 million under which seventeen research units were formed. The activities included providing research grants, meeting costs of travel for researchers, undertaking editing and publishing work as well as recognizing outstanding research outputs. New links and affiliations have also been formed with local and international research centres.   These efforts have borne fruit already which encourages the university to go in search of new dimensions in research.

The full potential of students could be only released if they allowed to work in a conducive environment.  A number of infrastructure and facility development projects that have either been commenced or in pipeline will cater to this burning need of students. An early project to complete is the renovation of a block of existing buildings which has increased student-accommodation by a significant 53%. The new canteen building with a seating capacity of 600 is now nearing completion.

Among the many accomplishments by students, I wish to place on record the unprecedented feat by our students in becoming of champions of Inter-University Games for three consecutive years, 2014-2016.  Further, the maiden appearance of a Sri Lankan an undergraduate at an Olympic Games, Rio de Janeiro – 2016 has also made us proud. These achievements induce us to invest more on promoting extra-curricular activities among our students, an essential component of a holistic education.

The world is becoming increasingly complex day by day which also brings with it opportunities. It is the duty of institutions in the sphere of in higher education to identify them early and utilize them for the benefit of those who come under their wings.  The University of Sri Jayewardenepura, considers this responsibility with reverence as evident by its latest developments and on-going plans.  Under my stewardship it will continue to a beacon of light to its students and the staff in their efforts to discover themselves, prosper and in turn contribute towards for the betterment of our society and the world.