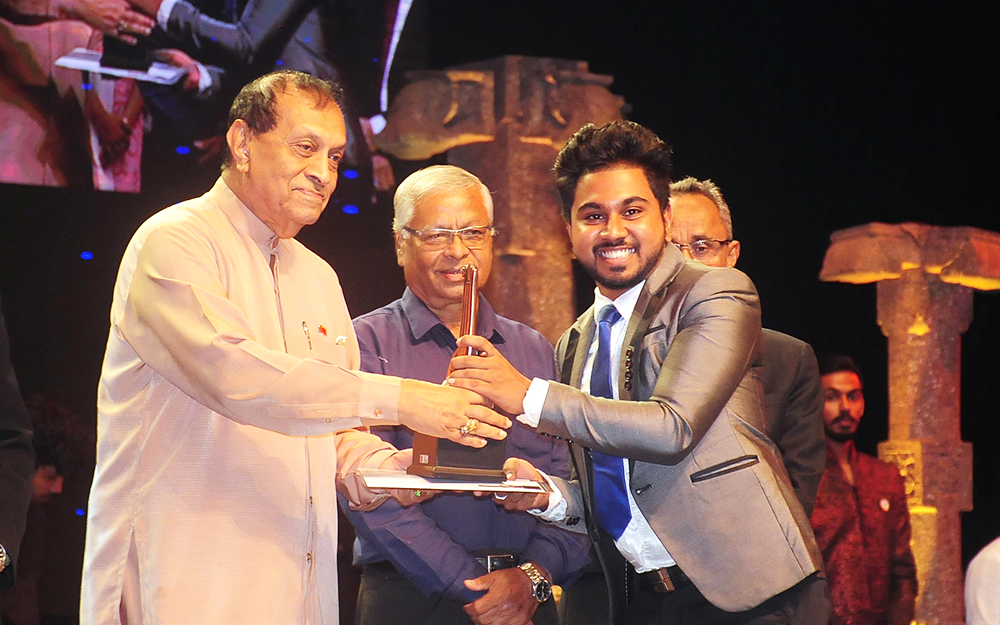 Mr. Pasan Wijayawardhana, third-year undergraduate of the Department of Business Economics has won the “National Youth Award for the Best Speaker of the Year 2019” for the second consecutive time.  He won this award at the 41st National Youth Awarding Ceremony organized by the National Youth Services Council in Sri Lanka which was held on 5th November 2019 at the Nelum Pokuna Mahinda Rajapaksa Theatre, Colombo.

At the preliminary round, around 1000 candidates were contesting for this award from all 9 provinces. Mr. Wijayawardhana was able to win the championship by passing three rounds at district, provincial and national levels.