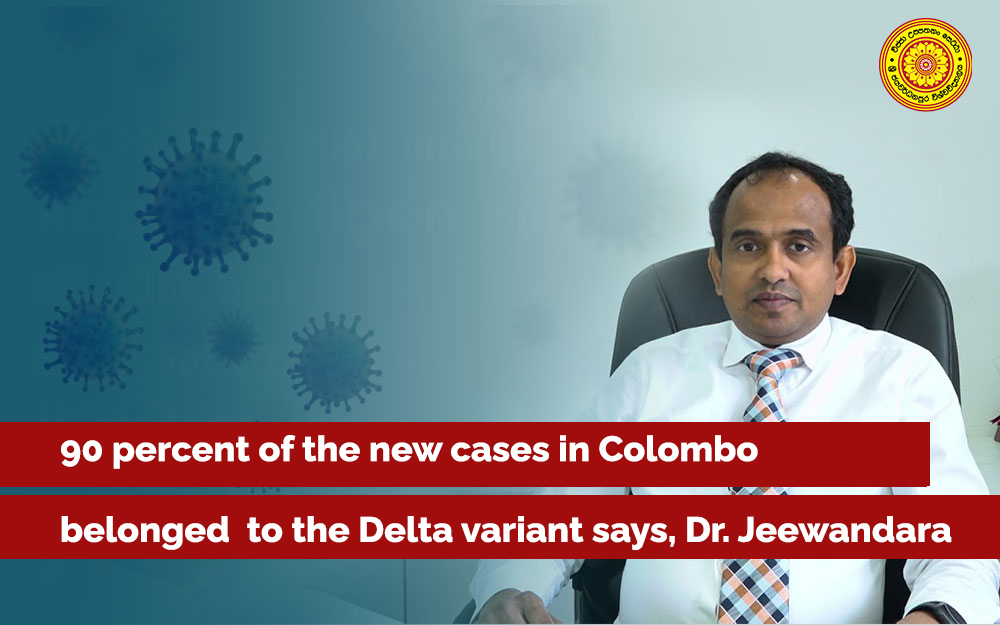 As the more dangerous Covid-19 Delta variant began to spread like wildfire in Colombo and the rest of the country, with a 48 percent increase in the number of deaths, the Government clamped an inter-provincial travel ban once again on 13th of August 2021, responding to health experts’ repeated warnings to lock down the country.

Leading scientists at the University of Sri Jayewardenepura said that disturbingly almost 90 percent of the new cases found in Colombo belonged to the Delta variant, the strain which originated in neighboring India and caused a tragic death wave there. The variant has now spread to over 100 countries including Sri Lanka. Yet, this highly transmissible and more contagious variant is still not widespread outside the Western Province.

Dr. Chandima Jeewandara of the Department of Immunology and Molecular Biology at Sri Jayewardenepura University said the dominant strain found elsewhere was still the less dangerous and less transmissible Alpha variant. He explained that the country was still witnessing the onset of Delta. Its full force will be felt after five weeks when the infections curve will reach its peak. “With the rate of transmissibility of the Delta variant, the virus can spread exponentially if nothing is done to stop it,” he stressed. It has been estimated that it is 100 percent more transmissible than the original Coronavirus detected from Wuhan, China, in December 2019.

So far Delta cases have been found in Jaffna, Mullaitivu, Kilinochchi, Vavuniya, Trincomalee, Dambulla, Kandy, Ampara, Ratnapura, Galle and Matara districts in addition to the three districts of the Western Province (Colombo, Gampaha and Kalutara).

Dr. Jeewandara said five seconds without a mask was enough for someone to get infected by the new variant and the infected person could give it to his entire family within hours, emphasizing the need to follow Covid-19 guidelines such as social distancing, washing hands (with soap and water or sanitizer) and wearing a mask. 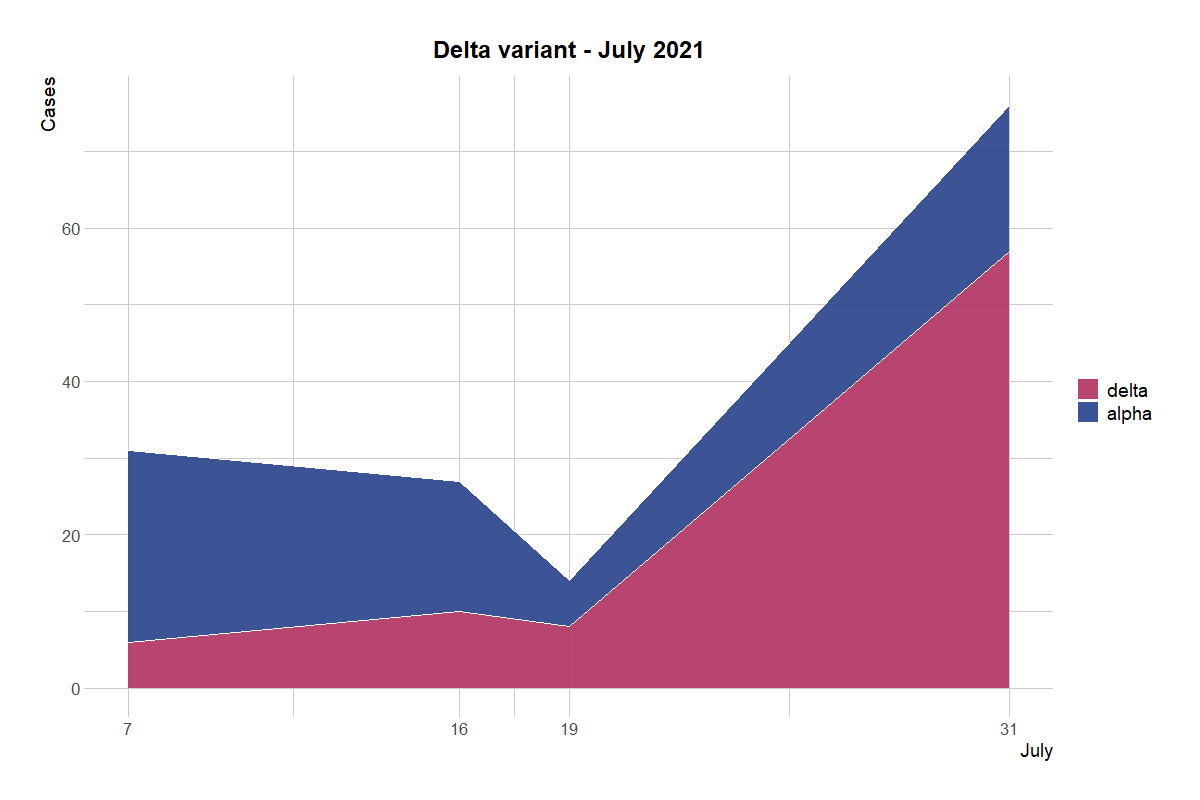 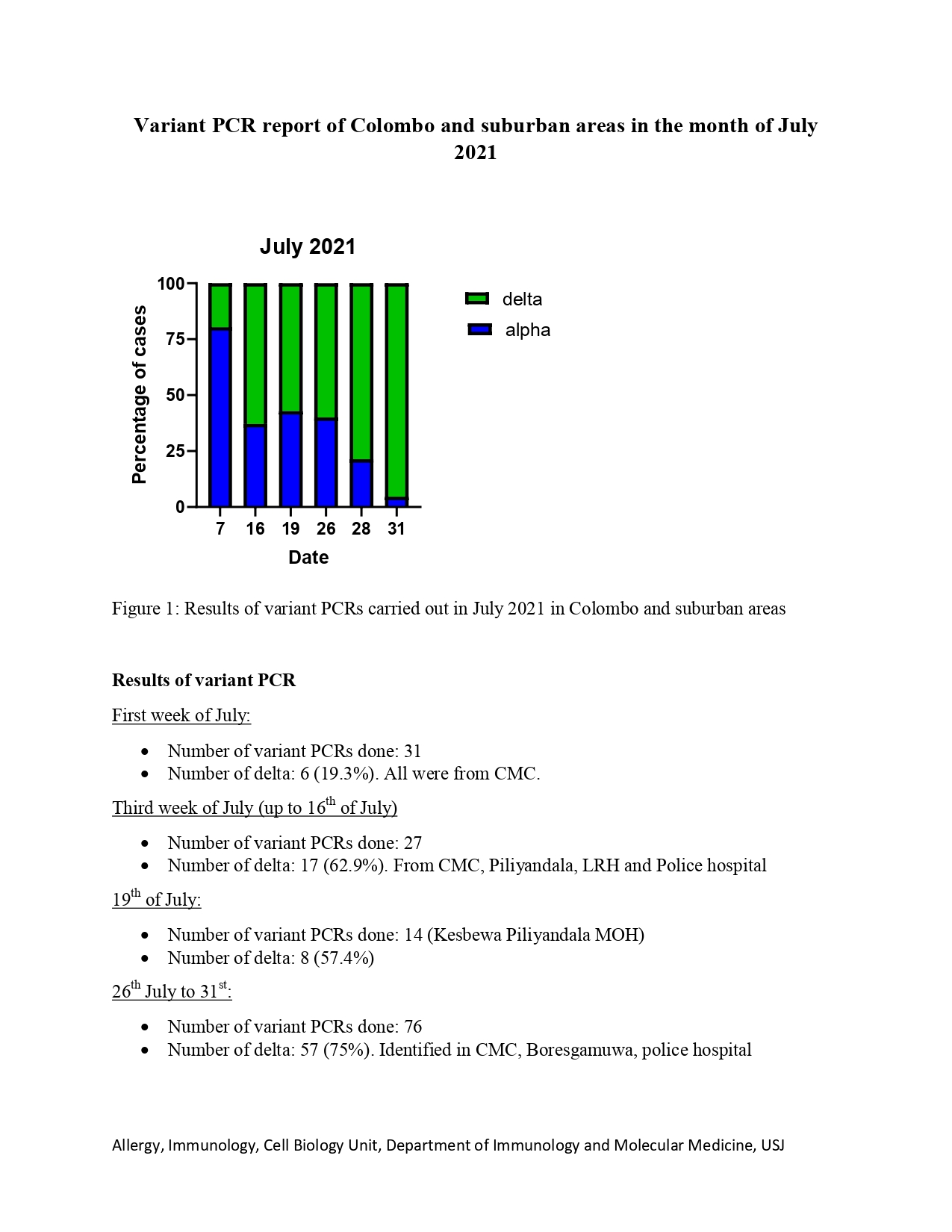