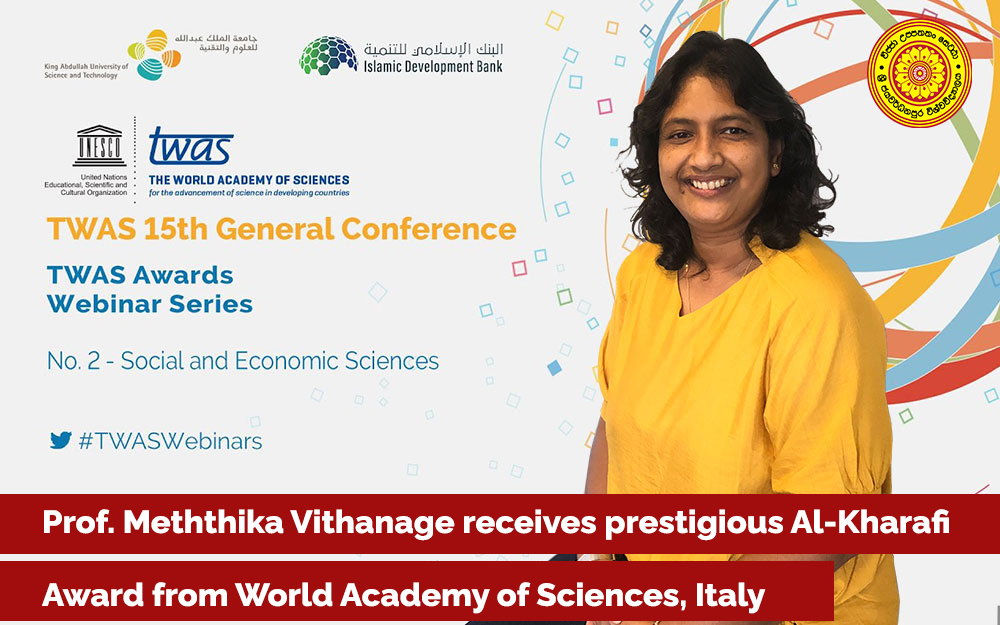 This is the first time that a Sri Lankan received this prestigious award from The World Academy of Sciences. TWAS is a merit-based science academy established for developing countries, uniting more than 1,000 scientists in over 70 countries. Its principal aim is to promote scientific capacity and excellence for sustainable development in developing countries.  TWAS was founded in 1983 under the leadership of the Nobel Laureate Abdus Salam of Pakistan by a group of distinguished scientists.

Prof. Meththika Vithanage has published over 200 journal articles in science citation indexed (SCI) journals. Her first SCI publication appeared in 2006. Her h-index is 48 and has more than 11,000 citations. She has co-edited 4 books on the Elsevier platform. She further serves as an Editorial Board Member of many prestigious journals. Prof. Vithanage is a graduate from Sabaragamuwa University of Sri Lanka, obtained her Master’s from University of Peradeniya and PhD from University of Copenhagen, Denmark in Hydrogeology. She started her career as a Research Fellow at the National Institute of Fundamental Studies, Kandy.