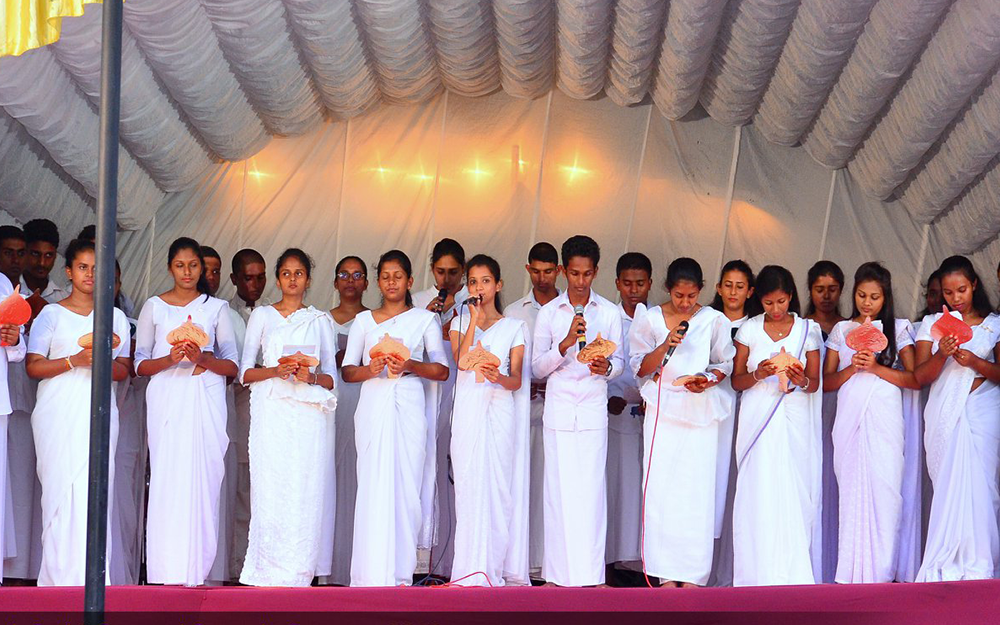 The University of Sri Jayewardenepura can be considered as the largest university in Sri Lanka in terms of the student population. Therefore, it also hosts a large number of students and staff from different communities. The Programme was conducted at a crucial time when Sri Lanka has faced a great tragedy targeting a particular sect of people. The aftermath of such tragic occurrences is often chaotic thereby this program aided in bridging the rift between communities and strengthening it further.

The program was graced upon by The Chief Prelate (Mahanayake) of Kotte Sri Kalyani Samagri Dharma Maha Sangha Sabha of Siyam Maha Nikaya, Ven. Dr. Ittapana Dhammalankara Maha Nayake Maha Thero, the Chancellor of the  University of Sri Jayewardenepura, His Eminence Malcolm  Cardinal Ranjith, respected Mawlawis of the Islamic religion and a Hindu priest. Thereby the program paid respect to all religions in the country.

The program highlighted the universal message observed and spread by all religions which are peace and love. The bringing together of all communities gave the program added significance. The ‘Bahkthi gee’ program was followed by a ‘Dansala’ which catered to everyone.