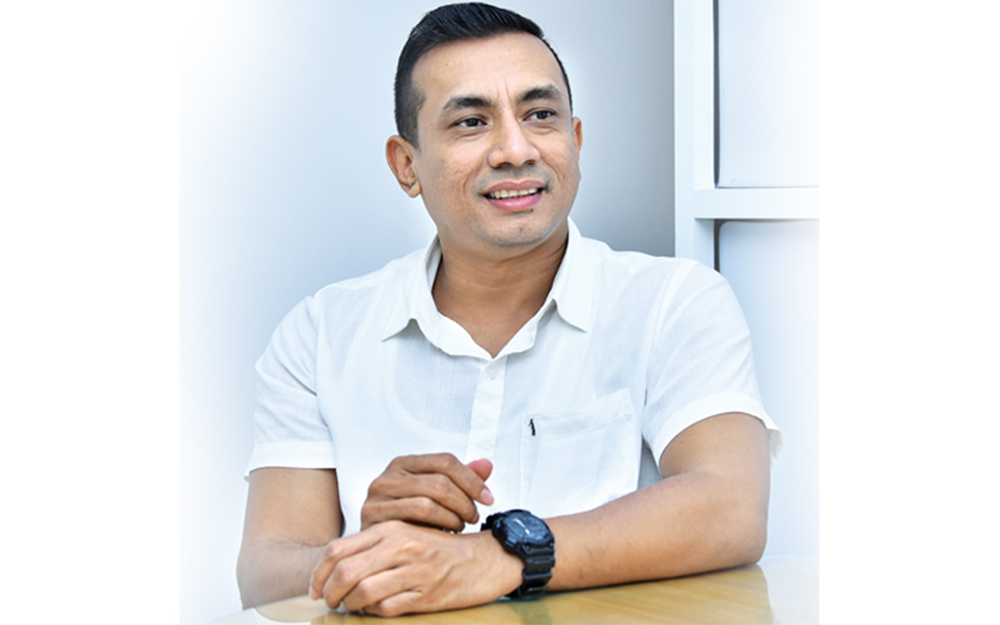 Climate change is shaking the world. Not applicable to our country, Sri Lankans rest assured, concerned about everything else under the sun. But as the disturbing environment scientists find out, the climate change is shaking Sri Lanka as well. The country will soon lie dead in a pit, burning under a sweltering sun, chemical sprays gradually reducing the once-fertile forest cover into a toxic desert.

“We expect to restore a 400-ha forest in Karuwalagaswewa. It will contribute to the national forest cover while serving as the carbon sink of the University. This carbon in-setting strategy will be a model project of national significance for other higher education institutes to follow.”

Dr Perera reminds the temperature level we have reached: 1.1o C of global warming. It could shoot up to 1.5oC by 2030. The greenhouse gas (GHG) emissions have also soared thanks to the manmade interferences. A GHG is a gas that absorbs and emits the sun’s thermal radiation. The primary GHGs in the earth’s atmosphere are water vapour, carbon dioxide, methane, nitrous oxide and ozone. They cause the greenhouse effect, acting as a blanket which keeps the earth and its inhabitants warm.

“Excessive GHG emissions occur during human activities, causing the increase of GHG gases in the atmosphere, such as during fossil fuel burning from vehicles, coal power plants, These gases last for years in the atmosphere, trapping the heat and causing the planet to get hotter, causing global warming. Meanwhile, humans continue to destroy and exploit forests and other natural ecosystems, polluting their environment. All these are fuelling the change in the average climate and weather patterns of the world, causing global climate change,” Dr Perera explained. 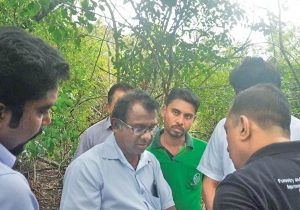 Intensified heat waves are taking lives of hundreds of humans and sensitive plants and animal species, underwater heatwaves threaten the survival of deepwater dwelling species, more frequent wildfires such as the most recent incidents in Amazon and Ella have taken a toll on the earth’s rich biodiversity while emitting large volumes of CO2. Flash floods and landslides have displaced thousands around the world, droughts and altered rainfall patterns are reducing global crop yields, frozen glaciers are in the process of melting, and causing sea levels to rise, countries such as the Maldives are at risk of submerging.

“Global climate change is happening faster than we think. We are in a state of global climate emergency according to the United Nations Climate Action Summit. UN Secretary-General Antonio Guterres has invited world leaders to cut their nations’ GHG emissions by 45 percent over the next decade.”

The world feels the effect of global warming. Sri Lanka needs to pay some attention to this issue.

“We have been hearing more and more about the idea of carbon footprint, which is a measure of the total amount of GHGs released into the atmosphere as a result of the activities of a particular individual, organisation, or community. Many organisations and communities have calculated their carbon footprint, to take action against the reduction of GHGs.”

This is the first time that a state university has come forward to calculate its carbon footprint, recognizing the urgent need for climate action and remediation. The Center for Sustainability of the Department of Forestry and Environmental Science, Faculty of Applied Sciences of the University of Sri Jayewardenepura has taken the initiative for the carbon footprint calculation. 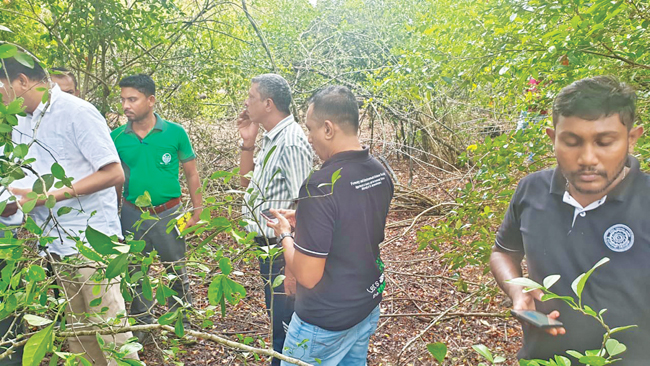 The Center for Sustainability (CFS) is a body for environmental extension, research and community outreach, linked to the Department of Forestry and Environmental Science (DFES), University of Sri Jayewardenepura, committed to produce a new breed of responsible stewards of environment through promoting the concept of sustainability among corporate sector, general public, university academia and students, primarily through professional support, education and awareness. The CFS team comprises the professionals within the University of Sri Jayewardenepura, providing services such as Environmental Impact Assessments, Initial Environmental Examinations, Biodiversity Assessments, Ecological and Landuse Surveys, Carbon footprint verification and Cooperate Sustainability Solutions. Together with the Department of Forestry and Environmental Science, CFS has been managing a 100-acre block of the Yagirala Rainforest Reserve since 1984, predominantly for research and education purposes. CFS caters numerous services at Yagirala Research Center with a nature-blend experience.

Putting the research findings into practice, CFS has developed a comprehensive plan to compensate for the university’s GHG emissions. Spearheaded by Dr Priyan Perera, a major strategy has been adopted for carbon offsetting through the carbon in setting. In this mechanism, reforestation has taken as a major implementation to offset the 7000 tons of Carbon dioxide which emits from the operations of the University of Sri Jayewardenepura.

“Reforestation is proven to be one of the best solutions for global climate change. Planting trees is a great way to invest in longer-term carbon sequestration because the advantages of forest restoration extend beyond acting as a carbon sink. The CFS has taken the forefront in carbon neutrality research in the university by considering the international standard of ISO 14064. Direct &indirect emission sources of the university were accounted with respect to the three scopes namely scope 1, 2 and 3.Direct emissions such as fuel consumption for university-owned vehicles, on-site fuel consumption for generators, gas burners, specially used in laboratory purposes as well as indirect emissions such as purchased electricity for lecture halls, administrative buildings, laboratories, canteens and hostels were also considered for this calculation,” Dr Perera elaborated.

In collaboration with the Forest Department and the Mahaweli Development and Environment Ministry, a carbon sink will be created by the restoration of 400 ha of degraded dry mixed evergreen forest owned by the Forest Department in Karuwalagaswewa, Puttlam. In a time frame where deforestation and loss of biodiversity have become a major issue in Sri Lanka, there is an urgent need to combat deforestation and habitat loss, for the sustainable management of Sri Lanka’s forest resources. The government aims to increase the forest cover in the country from 29 percent to 32 percent by 2020. This forest regeneration program in Karuwalagaswewa will contribute to the national forest cover of Sri Lanka while fulfilling the ultimate goal of neutralizing the carbon emissions of the University of Sri Jayewardenepura.

Another strategy has been adopted by the CFS to incorporate green elements into the university premises. Alongside with the reforestation programs, CFS has taken sustainable innovation in constructing Sri Lanka’s first Platinum rated Green Building in a state university. It will be the first of its kind in a state university, an effective and intelligent method of ensuring sustainable development through green building concept. Green Building concept is a practice of creating structures and using processes that are environmentally responsible and resource-efficient throughout the lifecycle. The implementation of this green building concept will reduce carbon emissions, water usage, energy usage and solid waste generation. During the construction of this building in the university, soil erosion, the release of sediment, stormwater and groundwater, air quality impacts, noise generation and solid waste are being monitored and corrective actions shall be taken.

The path to compensate for the university’s emissions does not stop there. Extending beyond forest regeneration, the Center for Sustainability has developed an Environmental Policy for the University of Sri Jayewardenepura, which had been a long overdue requirement. This will become a model for sustainability among all academic organizations in the region and show how one community can make a real impact on the global problem of Climate Change.