“Nature” journal has published an article focusing on Immunologist Neelika Malavige’s study of a massive dengue-fever outbreak is being hampered by fuel shortages and power cuts on July 15, 2022 based on the interview Smriti Mallapaty had with Prof Malavige.

“Sri Lanka is in crisis — and so are its scientists
Immunologist Neelika Malavige’s study of a massive dengue-fever outbreak is being hampered by fuel shortages and power cuts. 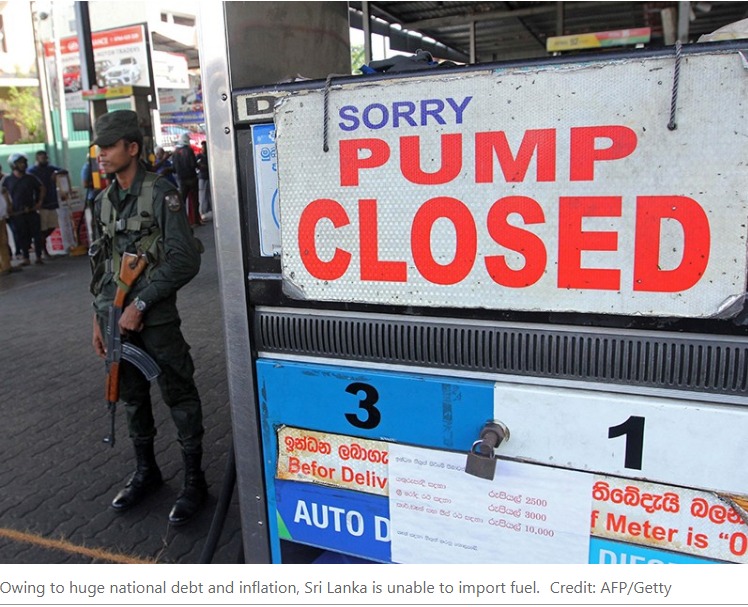 Sri Lanka is in a state of crisis. With the country in vast amounts of debt and inflation sky-high, the government doesn’t have enough money to import fuel, exacerbating food shortages. Last weekend, protesters marched into the official residence of President Gotabaya Rajapaksa, demanding his immediate resignation. He has since fled the country.

More than six million Sri Lankans — three in every ten households — don’t know where to get their next meal, according to the World Food Programme. And after wave after wave of COVID-19, Sri Lanka is now experiencing a massive outbreak of dengue fever.

Neelika Malavige is an immunologist at the University of Sri Jayewardenepura in Colombo who has studied dengue for more than a decade. She spoke to Nature about the situation in Sri Lanka and how it is affecting her work.

What is life like in Sri Lanka at the moment?
Sri Lanka does not have sufficient foreign reserves to import fuel, which has affected every sector. Schools are closed indefinitely. The government has declared Fridays a holiday for all public institutions except essential services. Patients can’t get to hospitals and neither can doctors, nurses and other medical staff. On top of that, we are running out of essential medicines and have daily power outages of more than three hours.

There is also not enough food, partly driven by the government’s decision in May 2021 to impose a nationwide ban on chemical fertilizers, which drastically cut agricultural production and drove up the price of staple foods such as rice and vegetables. Fishing boats don’t have diesel or kerosene to catch fish, an important source of protein. Inflation exceeds 50%, pushing many people into a situation where they can’t afford to eat three meals a day.

We also have close to 41,000 confirmed cases of dengue this year, which exceeds the number we had in the whole of last year.

How are you studying the dengue outbreak?
Most people with dengue have mild disease, but some 15% of people who arrive at hospitals go on to develop dengue haemorrhagic fever, which causes severe bleeding and can be fatal. There is no way to predict in the early stages of an infection whether someone will develop severe dengue, which means that people have to visit the hospital daily for blood tests and monitoring to pick up the signs as early as possible. That’s a huge strain on the health-care system.

We are trying to identify biomarkers that can help determine if someone will go on to develop severe dengue. We are also trying to determine the immune response associated with protection from severe disease, which is still unknown for dengue.

In addition, my lab is looking for drugs that can be repurposed to treat dengue — for which there is no safe and effective vaccine — and has completed several clinical trials. We are recruiting and collecting samples for a study with a group in Latin America to compare the epidemiology and pathogenesis of dengue in the two regions. At the same time, we are trying to sequence and isolate the dengue virus to understand what is driving the current outbreak.

Has Sri Lanka’s crisis affected your research?
There are a lot of things we are not doing that we could have done last year. Recruiting participants and collecting samples from the hospital, which is 16 kilometres from our lab, is especially difficult right now because of the lack of fuel. A lot of people have started cycling, including myself, but cycling between 8 a.m. and 4 p.m. in temperatures above 33 °C, with 80–90% humidity, under the scorching Sun, is a nightmare.

The power cuts and lack of fuel for back-up electricity generators mean that we cannot use equipment such as our Illumina genomic-sequencing machine, which needs to run continuously for at least 24 hours. Instead, we rely on nanopore sequencing, which can run on a powerful battery. Nanopore sequencing is easier and cheaper and gives better coverage, but has slightly lower accuracy rates. Last week, we managed to sequence a few samples of SARS-CoV-2, because cases have slowly started to rise this month.

Due to the foreign-reserve crisis, we cannot buy reagents for some of our dengue experiments, so we are freezing many samples for when we can get the reagents. But in March, we had power cuts lasting for up to 13 hours, so we lost samples stored in some of our freezers.

Some procedures, such as flow cytometry, have to be done on fresh samples, so we have to work around the planned power cuts and restricted opening hours at the university to conduct those experiments. It’s very challenging. I spend most of my time troubleshooting.

Has inflation impacted your work?
It has driven up the price of many essential lab items. For example, a bottle of the cell-culture medium we use was 4,000 Sri Lankan rupees (US$11 at current conversion rates) in 2021, and is now 36,000 rupees. I’m still just scratching my head trying to figure out how to solve this problem. Can we get the medium at a cheaper rate from manufacturers in China? Immune cells are very sensitive, so they might not grow as well in the new medium.

Our staff are also severely affected by the rising food prices. An egg now costs 50 rupees, up from 17 in 2020. The price of rice, lentils and coconut oil has also shot up. My research assistants and PhD students are really struggling to make ends meet.

This interview has been edited for length and clarity.”