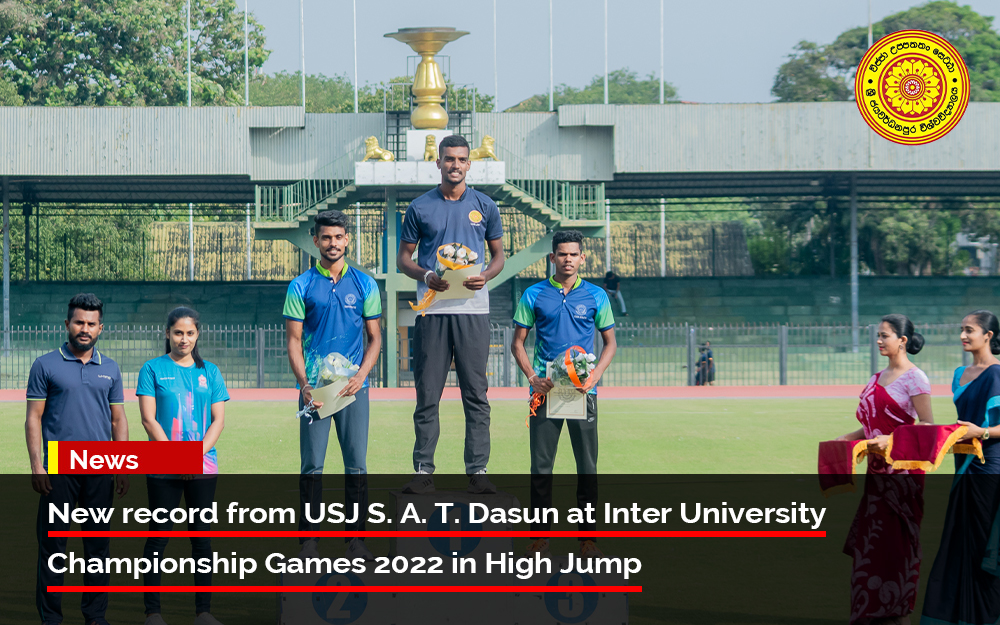 Competing in the high jump event of the athletics section, Dasun set a new tournament record with a jump of 2.14 meters, breaking the previous record of 2.06 meters.

Dasun, a second-year undergrad of the Faculty of Applied Sciences of Sri Jayewardenepura University has been making a name for himself in the world of athletics for some time now. In 2018, he won the boys high jump event at the South Asian Junior Athletics Championship with a jump of 2.04 meters. This win marked his first international win and earned him a spot in the Asian Games held later that year in Japan. At the Asian Games, Dasun placed 8th, proving that he was a force to be reckoned with on the international stage.

USJ web team and the whole university congratulate S. A. T. Dasun for achievement and the new record.