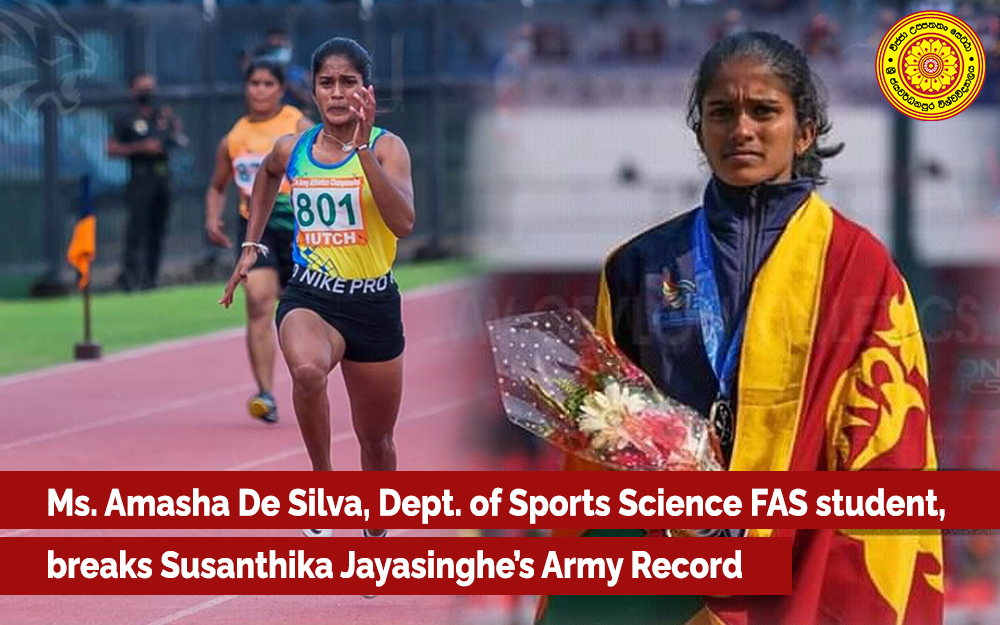 Influenced by her own mother in the small ages, Ms. Amasha De Silva also known as Sprinting Queen now holds the magnifying position of the sprinting queen in our hearts. The effort and commitment that lasted consistently for years and years are now paying off in amazing ways for Ms. Amasha. She maintains a well-balanced lifestyle while tackling a government university degree in University of Sri Jayewardenepura, in the Department of Sports Science. She herself is a very charming personality with a glimpse of pure humbleness.

We are truly proud of the way that Ms. Amasha has come, starting her athletic career from a very young age as a grade 7 student, and grooming herself up to where she is today and for bringing glory to mother Sri Lanka.