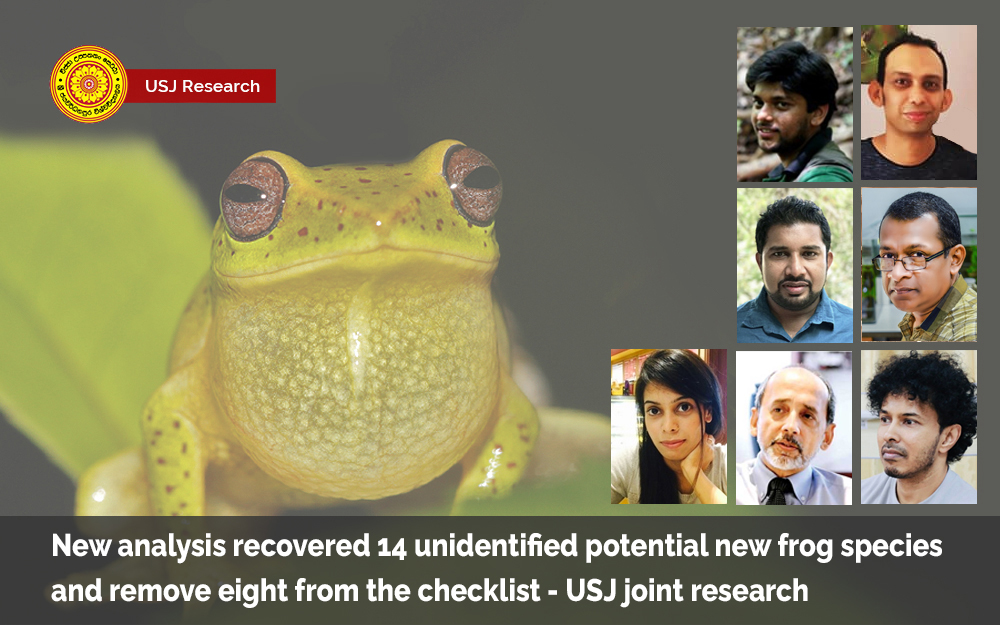 Based on the results of a recently published molecular species delimitation analysis, eight species of shrub frogs are not distinct enough to be considered as separate species. However, they also note the presence of 14 distinct undescribed species as well. The paper pertaining to this has been published on 19th October,2021 in Plosone journal. Four species delimitation methods have been applied to the 16S rRNA frog barcoding gene for all species of shrub frogs. The researchers say, “the three mountain ranges in the wet zone, Knuckles, central hills and Rakwana are very important and playing a dominant role in allopatric speciation of these shrub frogs in the island. But among the species that are merged by the delimitation analyses, a pattern leading towards a model of parapatric speciation emerges”. They also recommend species delimitation analyses in the context of Phylogenetic Species Concept coupled with looking at multiple criteria for species description.

Surprisingly, all analyses recovered 14 unidentified potential new species as well and those will be described by the team in the future.