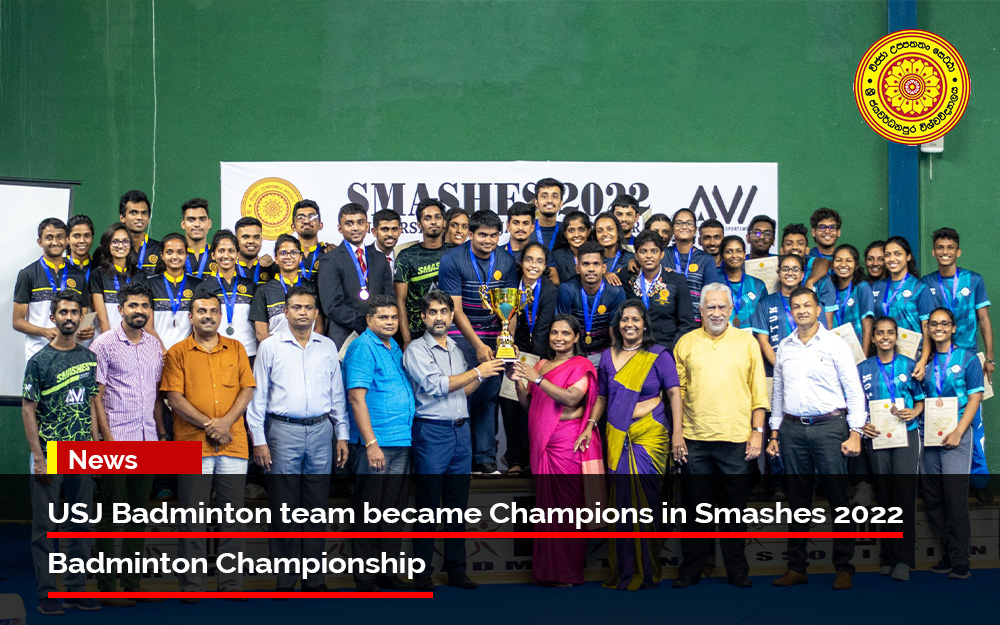 USJ Badminton club has organized this tournament for the 8th time and hosted the tournament. The games were held between 13th-30th of July 2022 at the Mercantile Badminton Association Courts. In addition to inter university tournaments all island junior badminton championships were held simultaneously as a part of Smashes 2022.