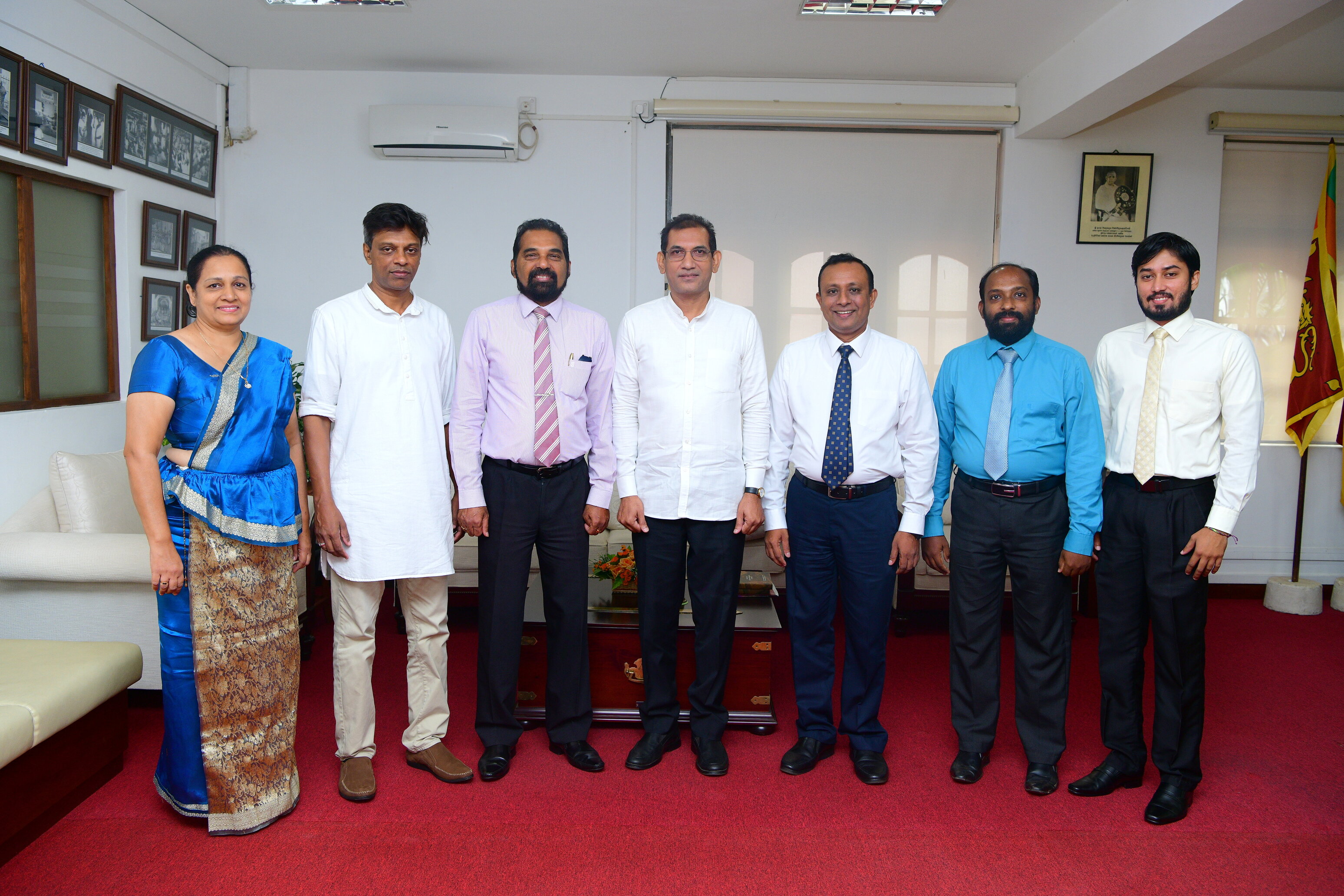 The Faculty of Humanities and Social Sciences of the University of Sri Jayewardenepura  took another step towards modernizing its degree programmes and getting new knowledge across to the students when it established a new Department of Music and Creative Technology under the headship of Professor Pradeep Ratnayake to give access to Sri Lankan music students to learn new methods of music creation, like the composing and performing music through the computer, and being better able to be of service to the new demands made by the entertainment industry in this digital age.

Professor Ratnayake had spent two years in Columbia University, New York, as a Fulbright scholar working at the Music Department and then the Computer Music Department, working with professors Brad Garton and Terry Pender, who were involved in cutting edge music technology research at that time.  Professor Ratnayake’s music compositions for films like Sri Siddhartha Gautama that won the award for the Best Music Direction at the World Buddhist Film Festival organized by the United Nations, held in Vietnam in 2014, was – except for the sitar – composed, arranged and performed, mainly on the computer.  Computer music was introduced to the Department of Languages and Cultural Studies in 2004 by Pradeep Ratnayake when he joined the University of Sri Jayewardenepura, perhaps making it the first state university to do so.  Ratnayake went on to become the Head of that department for two terms, in which time it changed its name to the Department of Languages, Cultural Studies and Performing Arts, and now, the music stream has started an independent journey as a new department, where Ratnayake is better positioned to bring the knowledge he gained at universities like Columbia, to the Sri Lankan students.  Developing courses based on the technological aspect of music, the department hopes to offer as a separate degree subject soon, while also having a degree programme that is more conventional and traditional with regard to teaching music.

“This is the first time that a department of this kind is being introduced to the conventional university system in Sri Lanka.  So, we are expecting something unique to come out of this, especially with regard to innovations connected to Sri Lankan music.  We have high hopes for it,” says Professor Sudantha Liyanage, the newly appointed Vice Chancellor of University of Sri Jayewardenepura.

Professor Shirantha Heenkenda, Dean of the Faculty of Humanities and Social Sciences says, “Every faculty moves forward by incorporating new subject areas, and giving students new knowledge, so that they can meet the new demands made on them by the world.  So, I am happy that Professor Pradeep Ratnayake has established a new department of music and creative technology that brings in technological skills and the use of the computer to the production of music.  We have also made plans to provide the department with state-of-the-art studio facilities to record even a Symphony Orchestra in it, along with sperate audio production rooms with world class equipment and industry-standard software.  The midi lab will facilitate 25 students at a time – and all this will greatly open up this field to new possibilities for the students.”

Professor Ratnayake says that it is important that Sri Lankan students are kept abreast of all the changes that are happening in the music industry.  “Our responsibility is to make sure that they can meet the demands asked for by the new world of entertainment.  We have geared our courses to give them this knowledge, so that in the end, they will not only be good musicians but will also know how to handle new technology connected to music.  This will make them more employable as well as have a path to be effectively self-employed, if they wish.”

Pradeep Ratnayake being a sitarist who has performed in distinguished auditoriums across the world like the Carnegie Hall, New York; Walt Disney Concert Hall,  Los Angeles;  Asia Society, New York; Kennedy Center, Washington, D.C.; Vienna Musikverein; BOZAR, Brussels, among others, is quick to point out that inclusion of new technology will not mean less attention will be paid to the traditional teaching of music, where students learn to become good performers.  “The old-fashioned way of teaching music is still going strong in our department.  After all, I studied for seven years at the Santiniketan, India, thanks to the ICCR scholarships, learning under some of the best gurus of Hindustani music.  So, I know of its importance.”

The department offers courses in singing, violin, percussion, esraj, guitar and the sitar, as well as in Western music, where they can learn the piano and are encouraged to sit the exams in either Royal Schools of Music or Trinity College of Music, while they pursue their degree studies.  The department staff has as senior lecturers, Gitara Wanasinghe for violin, Dr. Priyantha Thilakasiri for vocals, Muditha Arumawadu for music and video technology and Amitta Bandaranaike for Music Technology.  As visiting lecturers, they currently have Chintaka Jayakody for guitar, Sachiththa Fernando for piano and western music theory, Isuru Perera for percussion, Isuru Kondasinghe for violin, Gitika Abeysekara for vocal and Handun Pathirage for Esraj.

“Soon, there will be two degree programmes in the department, a more traditional one for producing a good musician and performer at the end, who nevertheless will have an idea of the technological dimensions of music, having followed some courses in it – and then one for more technologically oriented students – who will also have followed some courses on music per se – so that they become performing musicians to some extent too.  Students of both programmes get an understanding of the other, therefore,” says Professor Ratnayake, who adds that he is very grateful to the faculty and the university for the support it had extended towards the establishment of the new department.  “Either way, what we need is students who think innovatively.  What we need is new ideas.  Every student needs to be innovative.  From 2004, we have been giving both these dimensions – the traditional and the new technology – to these students.  And after 16 years, we are now moving forward on our own, which makes so many more things possible.”